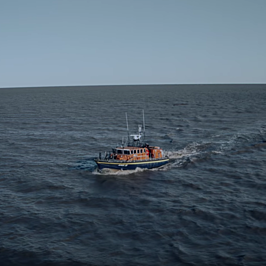 NEW BEDFORD — Police have arrested a city man for breaking into a fishing boat.

Around 12:45 a.m. Monday, police received a report of a break-in to a fishing vessel at the state pier.

When they arrived, they noticed a man nearby acting suspiciously.

Police arrested 47-year-old Robert Medeiros and charged him with breaking and entering in the nighttime.

No arraignment date has been announced.